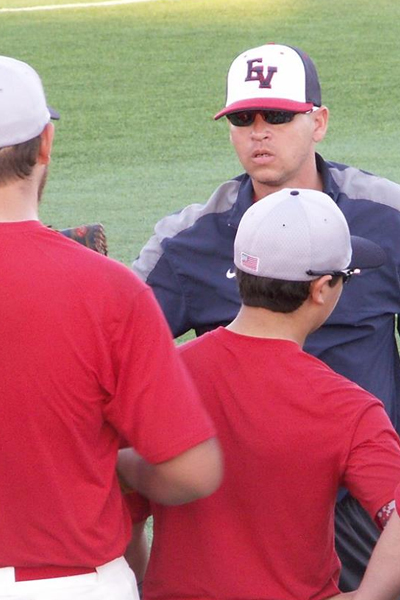 He was the Head Coach at 5A Temple High School in 2010. Prior to Temple, Coach Pullen was an Assistant for Danny Wallace at Georgetown High School for seven years, playing a pivotal role in the success of that team. In 2014, Coach Pullen piloted the Patriots to the playoffs in just the program’s 2nd year of Varsity play.

Coach Pullen is a graduate of Taylor High School. He earned All-District honors as a Junior and Senior. He graduated from The University of Mary-Hardin Baylor, with a Bachelor of Science degree in Exercise and Sports Science. He was an All Conference Short Stop three times. In 2000, he was selected as the UMHB Male Senior Athlete of The Year.

Players have learned his pet peeves are long sleeves to prevent injuries, until he says so, and only practice balls in the batting cages. Clean balls are for the field.

Coach Pullen is married to Tiffany- ELAR/Social Studies Coordinator (K-5) for GISD. They have 3 children: